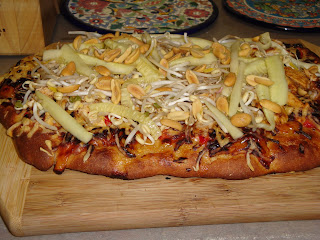 I would have to say that my biggest culinary downfall is my inability to break outside of what I grew up with, what I think something *should* taste like, and how a certain recipe should be prepared. For example, there are some amazing Italian American cooks out there; I've had the pleasure of eating dinners they've prepared! However, never in a million years would I ever consider deviating from the Sunday gravy recipe I grew up with. It conjures up the most beautiful memories for me-Christmas time at my Nana's house in Marinette, coming home after school and smelling the garlic from my parents' house a block away, birthday dinners with the whole family gathered around the table...you get the picture. And I'm not just that way about my sauce-I feel the same way about pizza, desserts (particularly tiramisu), lasagna, you name it! All that being said, I realize I can be somewhat short-sighted when it comes to trying new things, and I've made it my goal for this month to try and break out of my culinary shell. My first real experiment was Rachael Ray's Thai Chicken Pizza.

Now, I will be the first to admit I'm not the biggest fan of Rachael Ray. The few times I've watched 30 Minute Meals on the Food Network, I've had to turn it off halfway through because the sound of her voice drives me crazy. I also hate her abbreviations with deep-seated passion (I mean, really, how hard is it to say "sandwiches" instead of "sammies?" I don't even think I talked like that in preschool). All that being said, I will grudgingly acknowledge that she has some damn good recipes. In case you couldn't tell, I am extremely picky about Italian food, but I really like the way Rachael's Italian recipes taste. She adds a lot of flavor, a lot of spice, and she NEVER skimps on the garlic! That's why I decided to give her Thai Chicken Pizza recipe a try. This is not normally something I would even be remotely interested in, but Will would sell his soul for anything peanut-flavored, and when he saw that I was contemplating adding this recipe to our meal list for the week he begged me to make it.

While I wouldn't say this was a difficult meal to make by any stretch of the imagination, it was somewhat time-consuming. (Umm, Rachael? 30 minute meal MY ASS!). I suppose this could be made/prepared in half an hour, but only if you're at least a semi-professional chef. By the time I covered a cookie sheet with pizza dough, added the toppings and stuck it in the oven, prepared the marinade for the chicken, grilled and sliced the chicken, sliced the cucumbers into matchsticks (which, by the way, I'm really bad at) and prepared the marinade for THAT, it was closer to an hour. Luckily, the pizza itself more than made up for it. Will absolutely loved it, and ate three pieces in a row. I liked it too, it was different but tasty, and I have to admit the flavors all worked very well together.
Source: Food Network


2. Form pizza crust on pizza pan or cookie sheet. Top with duck or plum sauce - spread it around like you would pizza sauce. Sprinkle the pizza with some crushed red pepper flakes then top with cheese and peppers. Bake until golden and bubbly, 15 to 17 minutes.


3. Preheat a grill pan over medium-high heat. Combine vegetable oil, soy sauce and peanut butter with hot sauce and grill seasoning. Use the microwave to loosen up peanut butter if it is too cold to blend into sauce, 10 seconds ought to do it. Add chicken and coat evenly with mixture. Let stand 10 minutes then grill chicken cutlets 2 to 3 minutes on each side, until firm. Slice chicken into very thin strips.


4. While chicken cooks, mix honey and vinegar and add the cucumber. Turn to coat evenly.

5. Top the hot, cooked pizza with chicken, scallions, sprouts and cilantro. Drain cucumbers and scatter over the pizza. Garnish pizza with peanuts, cut into 8 wedges and serve. 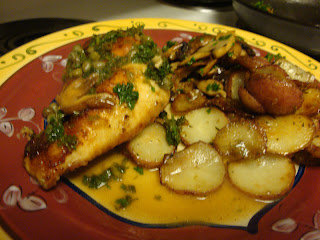 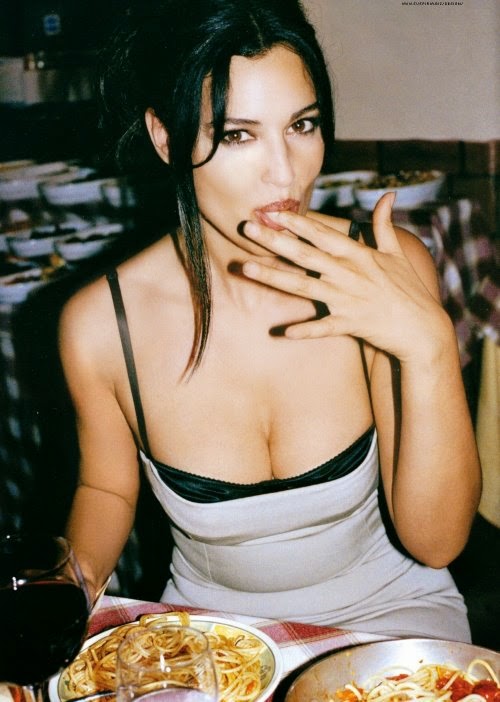